When I show you how to make charro beans with this charro beans recipe you’re going to be blown away! They taste way too delicious to be this dang easy. They’re perfect as a stand alone meal or served alongside any of your favorite Mexican dishes.

Chicken Fried Kitchen is a participant in the Amazon Services LLC Associates Program, an affiliate advertising program designed to provide a means for sites to earn advertising fees by advertising and linking to Amazon.com.

What Are Charro Beans?

Charro Beans are stewed Pinto beans with bacon and seasonings. Sometimes they include chorizo, ham, or beef franks.

Also known as Frijoles Charros or Cowboy Beans, they got their name from the traditional Mexican Cowboy Horsemen, Charros.

While they are an authentic Mexican dish they can also be found in most Tex-Mex restaurants throughout the united states.

At times, people will confuse Charro and Borracho beans. The two are very similar. So, it’s completely understandable how they can get mixed up. This is the best way I’ve found to remember which is which.

Borracho Beans have Beer and Charro Beans do not.

LET’S GET TO COOKIN’

How to cook Charro Beans

Of course they can be made in a slow cooker or on the stove top. I’ll cover both of those in a minute. However, this way you get the same wonderful flavor and texture in a fraction of the time.

Here’s what you do!

In a Cast Iron Skillet I start by cooking a diced yellow onion in some olive oil. Once the onion becomes translucent and begins to brown a little bit I add in chopped, hickory smoked thick cut bacon. I like to cut the bacon before it goes into the pan so i’m not trying to mess around with that while its cooking and grease is splattering all up on me.

When the bacon begins to crisp up I add a couple tablespoons of minced garlic and stir that in with the onions and bacon just until it becomes fragrant.

Now I add in the pork chorizo and mix it in stirring frequently just until it all begins to break down and resemble a chili like consistency.

Lastly, I add this mixture to the pressure cooker along with the rest of ingredients, set the cooker to 50 minutes on the soup/broth setting.

Let it do its thing and allow a natural release for at least 15 minutes. Then you can quick release if need be.

This is pretty simple. When cooking crock pot charro beans simply follow the exact same instructions as before.

Place everything from the cast Iron skillet along with all other ingredients and let it do its thing. I recommend starting out on high for the first two hours to allow the beans to soften then gook on low for 2 more hours.

The main difference here is the preparation of the beans. As usual you want to rinse them and remove any rocks. Then place them in a bowl of water over night to allow them to soak. This softens the beans before you put them in the dutch oven.

After soaking them overnight simply drain the water, follow the above recipe, but make it all in one Cast Iron Pot or heavy Enameled Dutch Oven.

Bring all the ingredients to a boil then reduce to a simmer for about an hour and a half.

How to Serve these Delicious Beans

I recommend serving these…period. I don’t care how you do it and neither should you!

You can have ’em with tacos, burritos, and tamales if you like. They can also be served as a stand alone dish.

I serve them as a side on Taco Tuesday’s and use these little Pioneer Woman 7oz Ramekin’s for the beans and rice.

My family also LOVE’S our taco holders. AND when you get the whole set it includes a matching bowl and serving spoons too. They’re super fun and much easier to load the tacos and clean up when done!

Recently, I took the Charro Beans over to my Father in Law’s house for a BBQ. He was making his famous brisket for the family and boy were these Charro Beans a hit with that. In fact, we even threw some of that brisket in our bowls and you know what my F.I.L. said, “That’s Money right there!”

That’s how you know when he really likes something!

ANYWAY…There you have it.

Now you know how to make charro beans. So what are you waiting for?

How to Make Charro Beans

When I show you how to make charro beans you’ll be blown away by how easy & delicious these really are. Let the cravings begin!

Did you make this recipe?

Did you make this recipe?

While there may be a few different ways to cook Charro Beans, the most important thing is that you do it.

They are always a crowd pleaser and trust me, there will be days that you’ll find yourself craving them.

So, get to cooking and I hope you, your family, and friends love these just as much as we do! 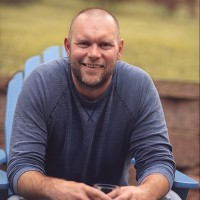 I'm Jeremy Klae and allow me to be the first to say, it's a pleasure meeting you. I believe that sharing food with friends and family is the most comforting thing a person can do. Which is why i'm here to share my recipes with you!

Buy me a coffee

Share this ArticleLike this article? Email it to a friend!
Email sent!